On 2/13/21 at 8:11 pm, the PCVFC, along with several mutual aid companies were dispatched for a residential structure fire on Byrd Road. Command 1 and EMS arrived to find substantial fire and smoke conditions from the rear and right side of a two-story structure. Chief Gladding established command.

Engine 102 arrived on scene, stretched two, 1 3/4” hand lines to the right and rear of the structure, and began an aggressive exterior fire attack. Due to the fire conditions and other limiting factors, crews were unable to make an interior fire attack initially. A third 1 3/4”  hand line was subsequently stretched and placed in service on the left side of the structure by Engine 102. A fourth 1 3/4” hand line off of Rescue Engine 2 was placed in service for the front and side of the structure. With multiple crews working, they were able to quickly knock down the bulk of the fire. Firefighters worked extensively to extinguish and overhaul any remaining fire in the attic area as well as remaining hotspots. Several tankers established and maintained a stable supply of water during the incident.

Crews faced many obstacles such as extremely wet and soft ground conditions, rain, fencing, trees, and other debris while attempting to mitigate the fire. Even with adverse conditions, crews were still able to quickly knock the fire down, throw ladders to the second-floor windows and roof, as well as complete a search of both the first and second floor. Despite a valiant effort by crews on scene, a dog and several puppies perished in the fire. 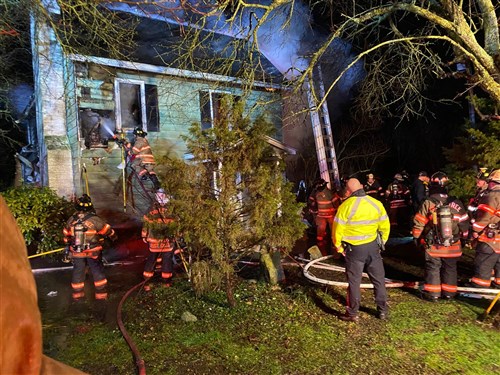 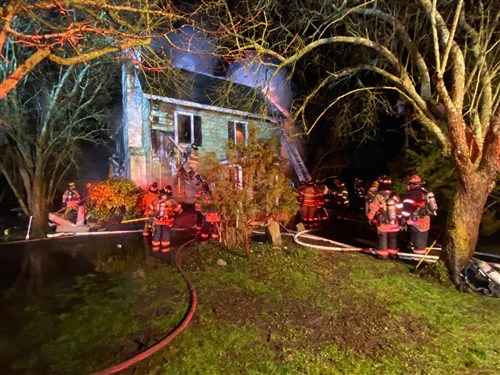 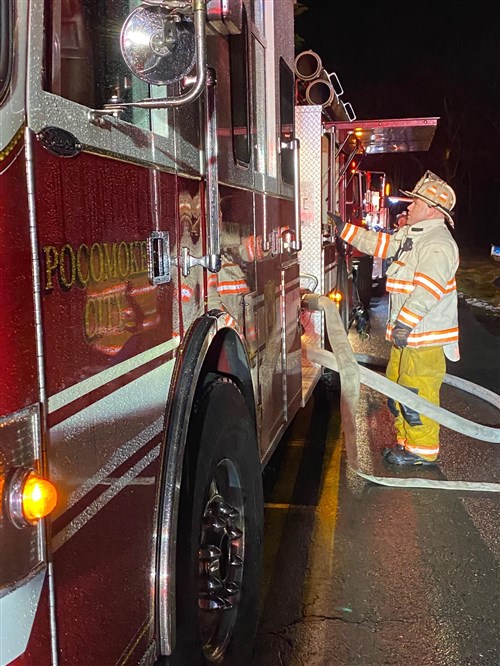 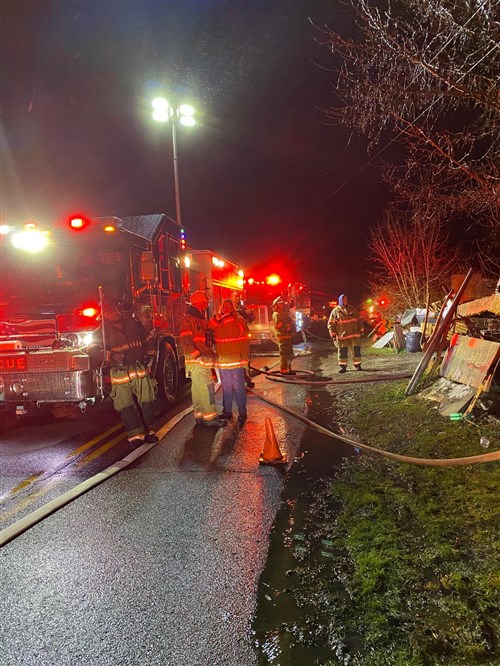 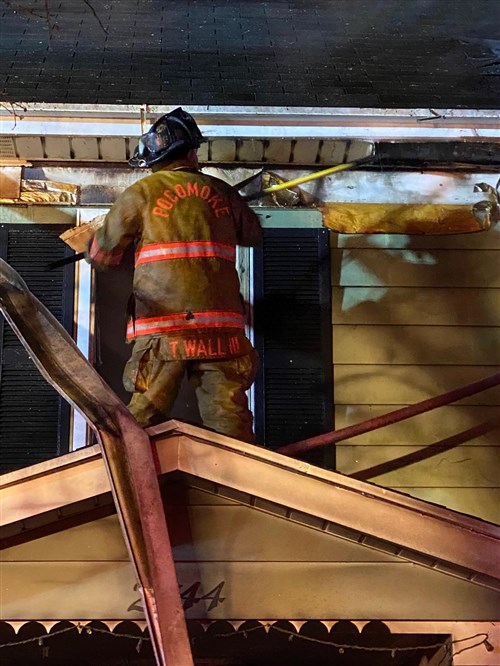 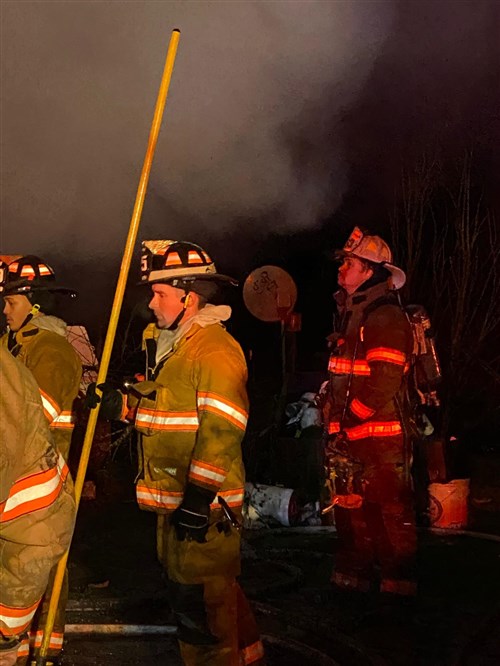 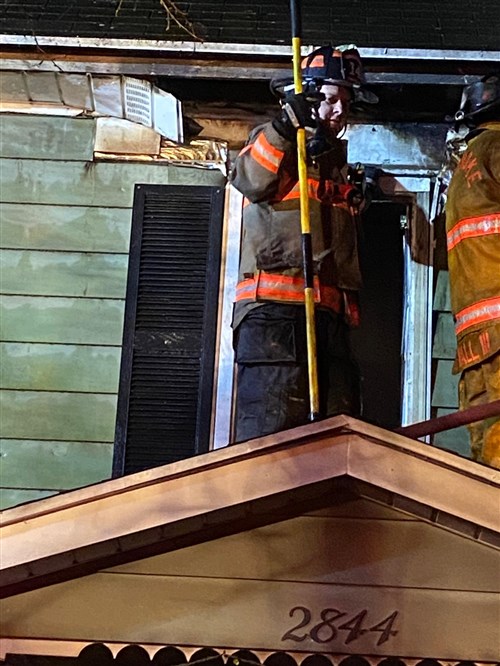 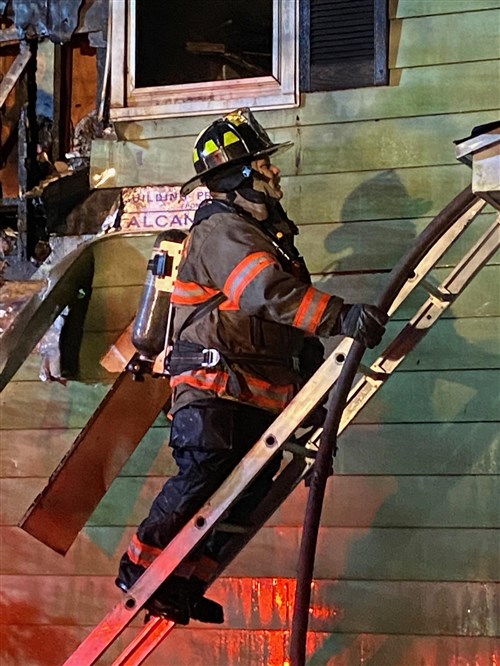 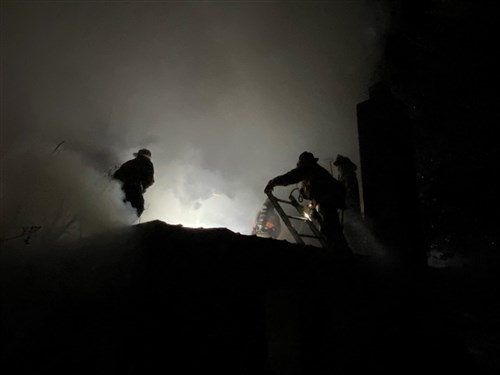 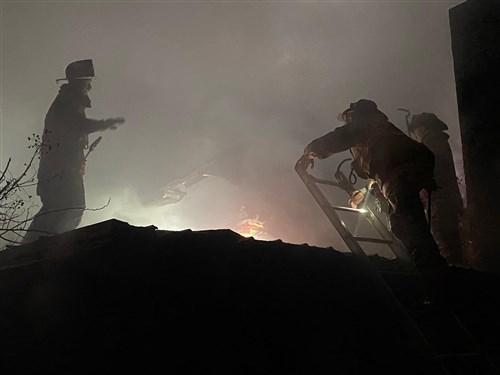 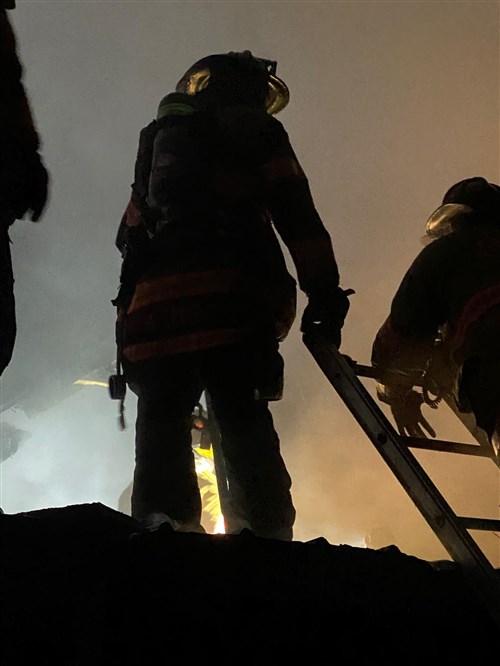 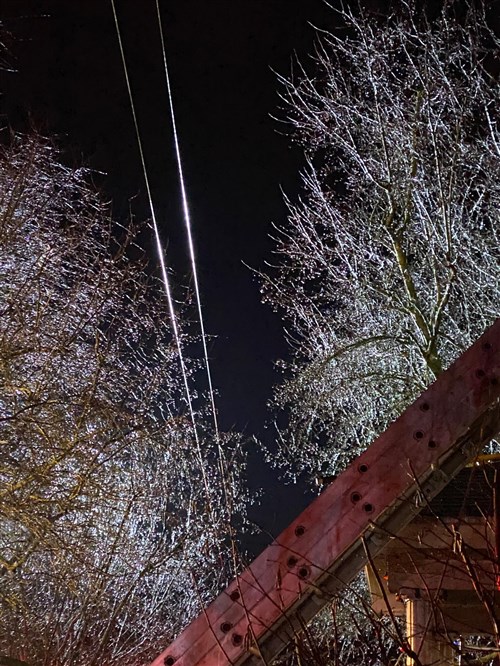 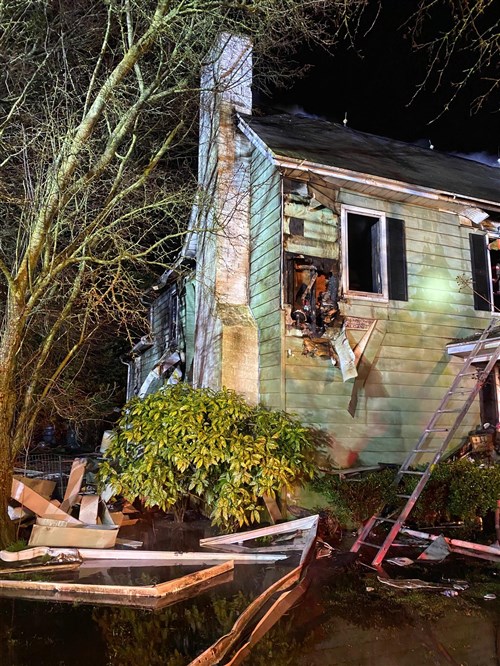 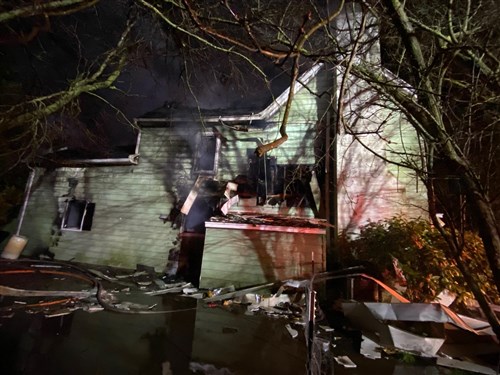 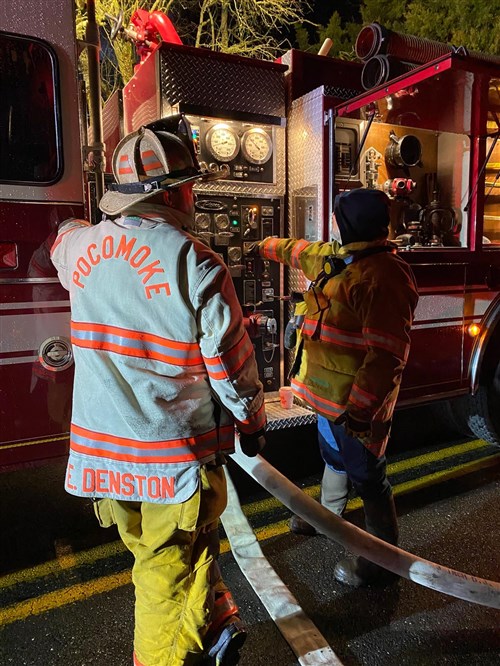 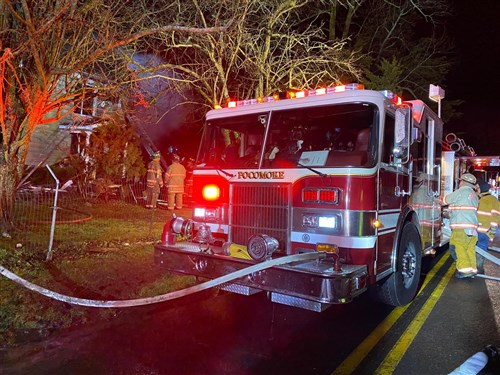 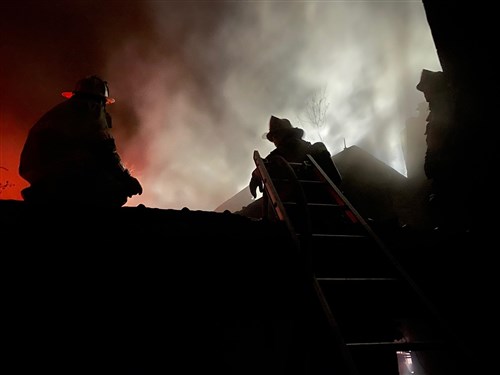 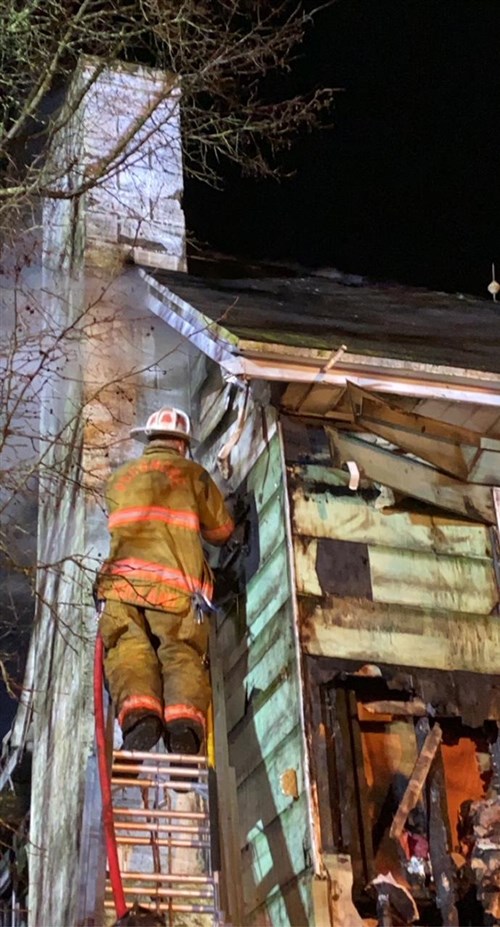 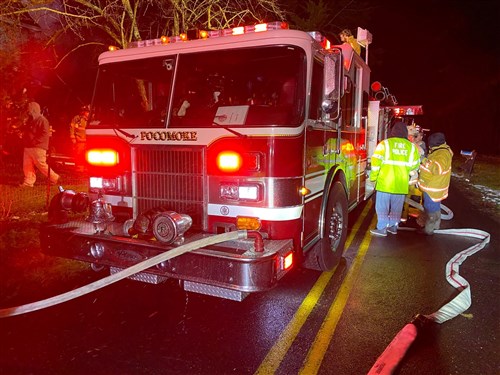