“Smoke alarms have played a leading role in reducing fire death rates over the past 40 years, but we still have more work to do in maximizing their effectiveness,” said Lorraine Carli, NFPA vice president of Outreach and Advocacy.

According to the latest NFPA “Smoke Alarms in the U.S.” report, working smoke alarms in the home reduce the risk of dying in a reported fire by more than half (55 percent). However, almost three out of five home fire deaths occur in homes with no smoke alarms (41 percent) or smoke alarms that failed to operate (16 percent); missing or non-functional power sources, including missing or disconnected batteries, dead batteries, and disconnected hardwired alarms or other alternate current (AC) power issues, are the most common factors when smoke alarms fail to operate.

“When the smoke alarms in your home beep or chirp and you can’t figure out why, or how to make them stop, it can be frustrating,” Carli said. “All too often, that frustration leads people to remove the batteries from their alarms or dismantle them altogether. These actions place people at serious risk in the event of a home fire.”

This year’s Fire Prevention Week theme, “Learn the Sounds of Fire Safety,” is meant to help people better understand the reasons smoke alarms may sound and the know-how to effectively address them, helping ensure that smoke alarms remain in working order.

The campaign also addresses special considerations for the deaf and hard of hearing, along with information about carbon monoxide alarms.

“Giving people the tools to properly respond to alarms sounding, whether it’s an actual fire or simply time to change a battery, can make a life-saving difference,” Carli explained.

Key messages for “Learn the Sounds of Fire Safety” include:

When a smoke alarm or carbon monoxide (CO) alarm sounds, respond immediately by exiting the home as quickly as possible.
If your alarm begins to chirp, it may mean that the batteries are running low and need to be replaced. If the alarm continues to chirp after the batteries are replaced, or the alarm is more than 10 years old, it is time to replace the alarm.

Test all smoke and CO alarms monthly. Press the test button to make sure the alarm is working.

If there is someone in your household who is deaf or hard of hearing, install bed shaker and strobe light alarms that will alert that person to fire.

For more information about Fire Prevention Week, October 3-9, 2021, and this year’s theme, “Learn the Sounds of Fire Safety,”along with a wealth of resources to help promote the campaign locally, visit fpw.org. 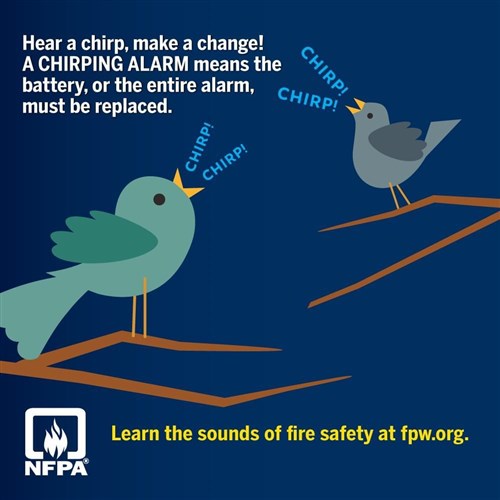 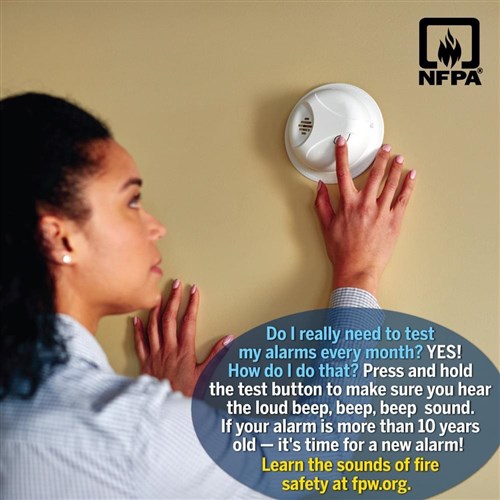 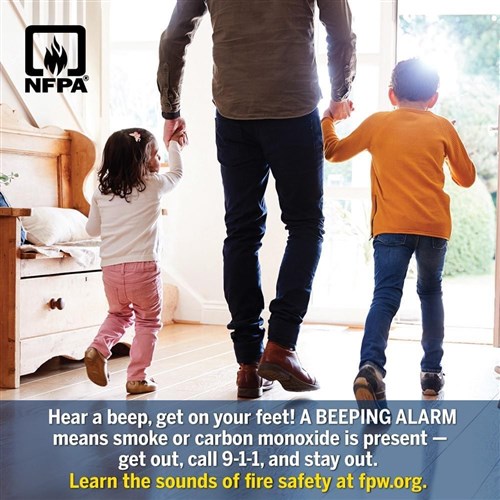 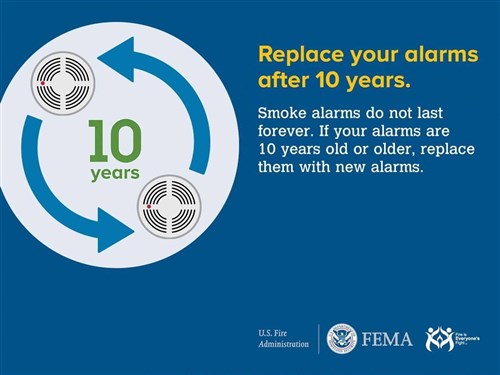